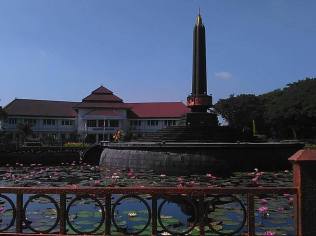 It’s been almost two weeks I haven’t been here. I am terribly sorry for not updating this blog, as a matter fact my laptop was turned off suddenly when I was doing my work, and then when I asked the computer store about such matter, I finally knew that the problem was in its SATA Power and I couldn’t wait for it as I had to return home in my lovely town.

I took the latest flight from Jakarta to Surabaya on 21st December 2015 as direct flight to Malang was opened and closed anytime as Bromo’s eruption. The flight was supposed to be at 9 pm, however, as something else, it delayed for 2 hours and half until the airline dropped us dinner boxes and mineral water. Thanks God, finally I flew at 11.30 pm…it was my first midnight flight and it was impressive as well as exciting. The most precious thing was I can go home and having fun with my family during end-year holiday.

In my opinion, when I went around Malang after days, I could see changes even though it needs to be improved everywhere. The weather was so hot recently especially between 9 am-2 pm and followed by rain hard between 3-5 pm, but I could continue my sightseeing around my hometown. I would tell more in the next postings randomly, because I still check the supportive photos for the story. I enjoyed spending my holiday with my family, particularly with my nephews and niece as I know they missed me so much and always waiting for my return anytime. 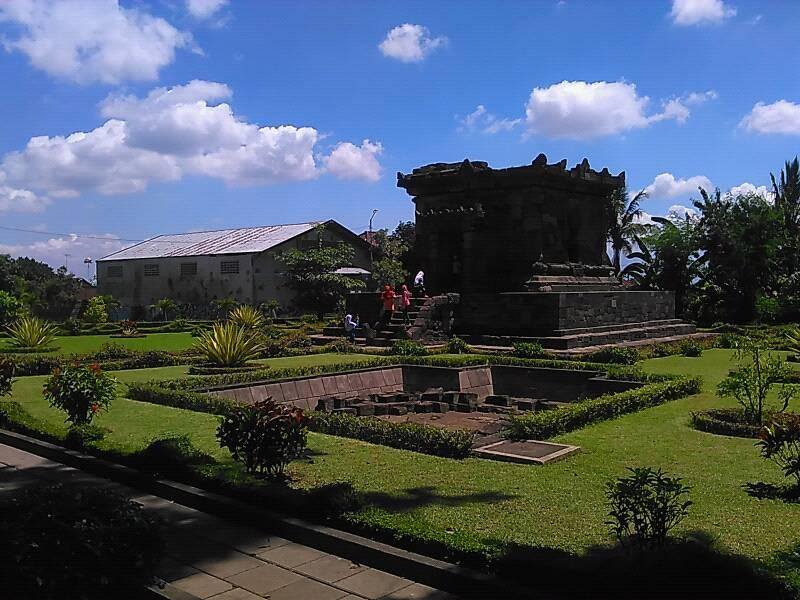 The best part I will tell you here is my incident travelling to three ancient temples in and around Malang. Many people don’t know that Malang has got various ancient heritage, they just mostly know about its status as education city and Dutch-styled city with Indies influenced old houses in the old city. But Malang itself used to be part of many ancient Hindu kingdoms like Kanjuruhan, Old Mataram, Medang, Kediri, Singhasari, Majapahit, Islamic Mataram, Dutch, Japanese and now part of Republic of Indonesia.

Actually I have already visited them many times since my childhood. My first journey was in 1987 and I was a boy scout at the time. We walked for kilometres to reach Badhut temple which was still empty, it was merely one or two houses, but now, the temple was surrounded by houses and the area has already become more crowded. The access was little bit poor, but when I came there, the temple was so clean and well-preserved. There was a beautiful park and some local tourists were there, for pre-wedding photos and also selfie. I forget how many time I visit the temple, but as you know, this temple was built around 760 AD in Kanjuruhan kingdom, it was used for King Gajayana’s eternal home as the Hindu’s belief, his ass was believed to be stored there.

I love historical places rather than only natural scene, because for me, combination between historical and natural ones are very great. In the Badhut Temple, I had some small talks with the tourists, all of them said this is the first time they visit, and bringing children was also a wise way to introduce about our heritage, much better than staying at home and playing games all day long.

The temple itself was like when I saw it for the first time, 28 years ago, but I am glad to the government who had tried to preserve and even gave the beautiful park for enhancing the charisma. However, it’s still quiet and only some people visit there, though there’s no admission, free, no charge for entering the temple except filling guest book. I know the Badhut Temple is not as famous as other temples as it’s small and only covers some areas. But what I see here is its historical value, as it is the oldest temple found in East Java and represents Central Java character than other temples from later era. 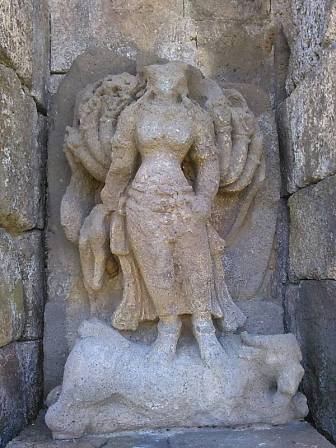 There is a small statue survived in Badhut Temple, it depicts Durga Mahisasuramandhini, the doom goddess in Hinduism, while the most famous one, Agastya statue had already been kept in the museum..

I love visiting temples, especially for knowing more about our ancestral cultures and I hope the temple will be survived more than now in the future.

And my wish is simple, I want to visit as many as possible historical places as I know, my preference is different to the others.