Ciaruteun is one of rivers which began in Bogor (or Buitenzorg), West Java and ended in Cisadane river that flows into Java Sea through Bogor and Tangerang. This inscription is a mark of Tarumanagara kingdom’s existence in the early Middle Ages (started approximately from the 4th-7th centuries). It covered most part of West Java, Banten until western part of Central Java. Several artifacts have already been discovered from Banten to Karawang. Some are inscriptions, others are temples or skeletons. One of the famous Tarumanagara kings were King Purnawarman who throned from 395-434 CE.

Initially, the Ciaruteun inscription was located on the river, but in 1981, it has already been moved 200 metres from its original location as there’re many vandalisms on the historical stone and its difficult access as its location. Its replicas can be seen in National Museum, Jakarta and Bandung. But I wanted to see the original one till I had to travel around 90 km from Jakarta. The inscription was written in Pallava and the language was Sanskrit. It has got a pair of footprint which described about Purnawarman power as if God Vishnu. It was written as the following : 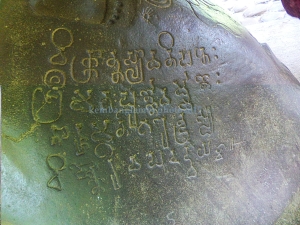 These are the footprints which as if God Vishnu, there are The King Purnawarman’s footprints, King of Tarumanegara, the world’s brave king.

This is part of my journey during last month. I love visiting historical places and if so, I wanna do it again more and more in the future. 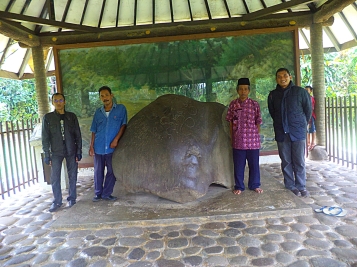 Me and Pak Atma, the caretaker 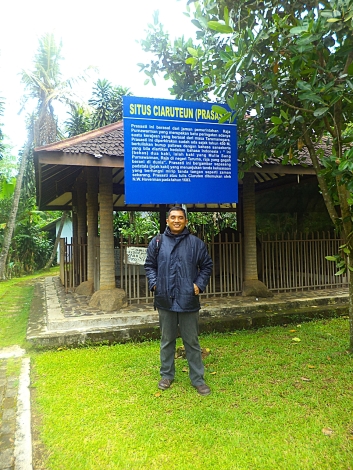 In front of the site