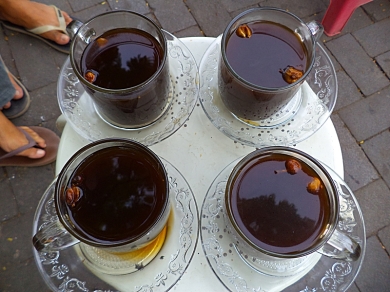 “No way! The most delicious way to have coffee is…by cethe*” Sarif shouted. He directly showed it by put the coffee residu on the glass mat and rub it onto his cigarette by a wooden match. Sarif then drew batik pattern on his cigarette and then enjoyed his.

“You’re wrong, pals!” snapped Sergio, their Italian mate. “The best coffee is like this.” He continued while shoved a cup of espresso into his thinny lips. Tonight was enormous by their debates around how to have coffee.

“I prefer Mandailing coffee.” mentioned Ahmad.
“For me, Javanese one is the best.” Sarif insisted.
“No, Italiano is the ultimate one!” Said Sergio.
Nobody wanted to yield. The debat was getting hotter while Hanifah, Sarif’s wife came in bringing three cups of coffee. She looked annoyed of the men’s quarrels. She said calmly “These ones are the most delicious.” while putting on the tray.

“What’s that?” Sergio asked while sniffing over the aroma.
“Wow…..so terrific!” yelled Ahmad.
“Well, indeed…I intentionally serve this so that you’ll be shut up.” Hanifah said. “This morning, Robi brought chivet coffee from Lampung.”
“Why did you fight just for coffee. See, taken from chivet’s pong, but it’s been fermented and delicate taste, right?” Hanifah then walked away to the kitchen.
The chivet coffee aroma was flowing and smoking anywhere. The men looked at each other for a while before they laughed so loudly. Nobody knew how many cup of coffee they had tonight.

*Anglicized of “PERTENGKARAN KOPI”, taken from my anthology “Mahakarya” of Ninelights publishers. 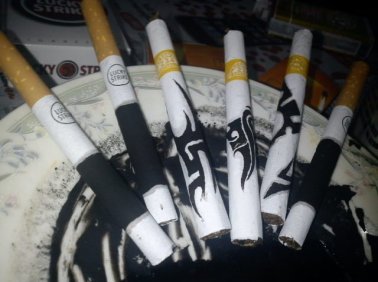