It is a connector between two separated areas
Either river, sea, street, road, boulevard until two hearts.
Just cross through but never expect too much
What is beyond the bridge.

These pictures are taken at Suramadu (Surabaya-Madura) bridge which connects Java and Madura Island. Its building initially caused controversies as some section of people were afraid of its impact on Madurese religiousity. But after almost ten years, the first Indonesia’s inter-island bridge is existed. It has got 5 km in length and connects Surabaya and Madura Island. It soon becomes important route for Madurese to Surabaya and economic life around the bridge grows up steadily and becomes new tourism object too. Actually it is not allowed to stop on the bridge, but people still break the rule for just stopping and take some pictures…hehehehe.

This is special for Cee 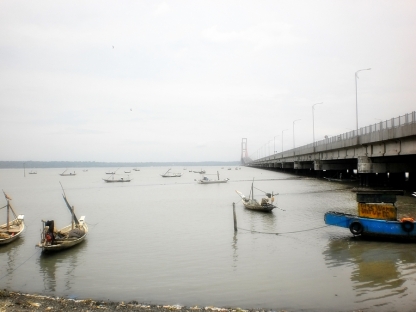 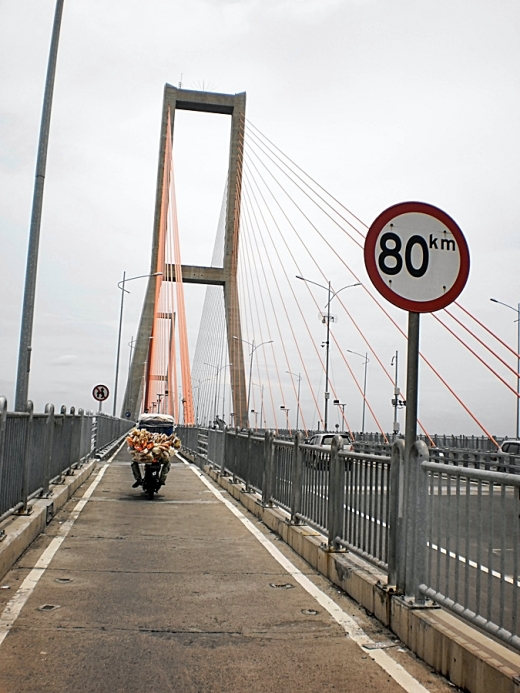 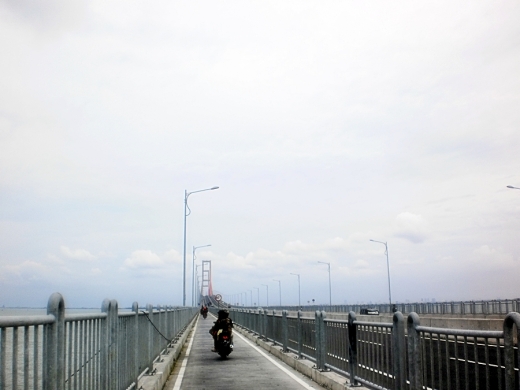 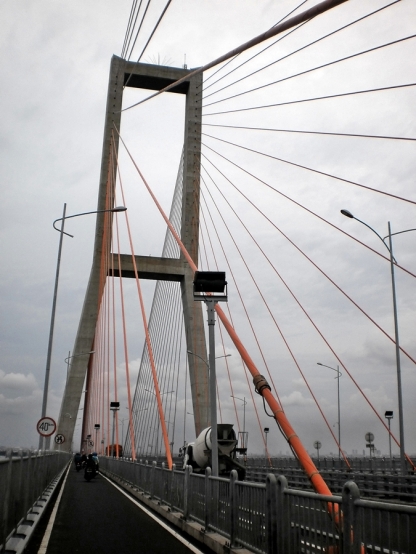